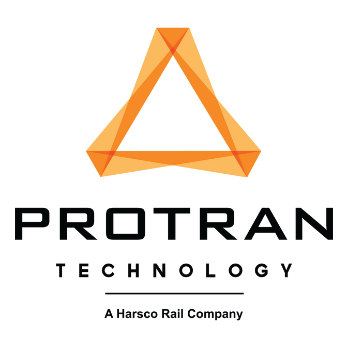 Buses are designed to protect passengers in the case of catastrophic roll-overs. The Roll-Over Protection System (ROPS) includes structural beams, designed to take the weight of the bus in case it flips over. The so-called “A-pillar” is the one at the front of the bus. Because it is structurally re-enforcing, it typically has a large cross-section. As a result, it blocks the view of the driver. The bus industry has not been able to solve this problem other than offering surveillance-camera based solutions, but those may distract the driver.

STA consists of a sensor and a control unit that detects when a bus-driver initiates a turn. The STA system delivers an audible alert to pedestrians and bicyclists on the outside. The message comes out of speakers mounted on the outside. During a turn, the bus makes an announcement such as “Attention, bus is turning”. By alerting pedestrians through an audible warning, pedestrians and bicyclists get roughly two additional seconds to react to a turning bus – which often is the difference between an impact and a non-impact. STA has GPS capability, which requires an internal GPS antenna to be mounted on the exterior of the bus. The STA system can be complemented with an additional product, the BSA.

BSA is an optional addition to the STA system. It requires the STA to be present on the bus, and cannot be sold separately. The BSA consists of sensors mounted in the front left and right corners of the bus. The BSA sensor uses radar-technology plus advanced signal processing to track individual pedestrians or bicyclists, and can make intelligent determinations about the potential danger based on locations, angles, and speeds, which will be detailed further below. When the BSA system determines that a pedestrian or bicyclist may pose a danger (e.g., a collision may occur), it alerts the driver immediately through visual and audible alerts in the instrumentation panel. 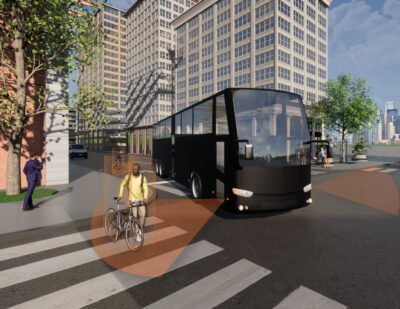 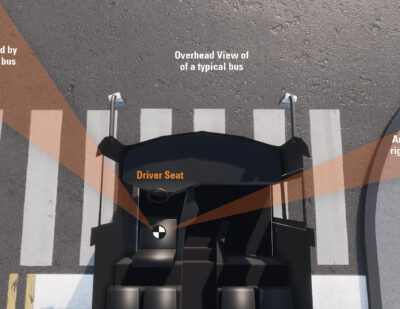 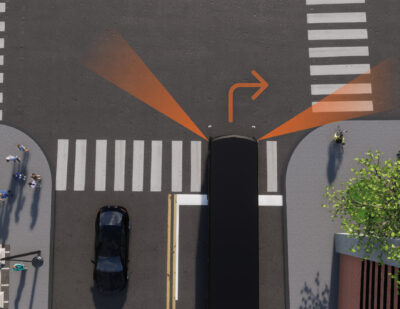 Blind Spots most critical during a right turn 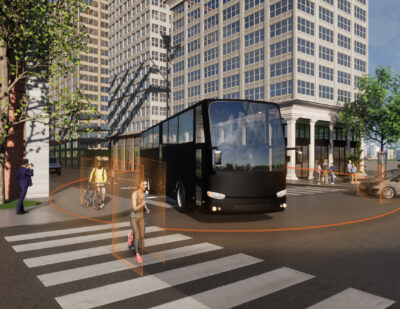 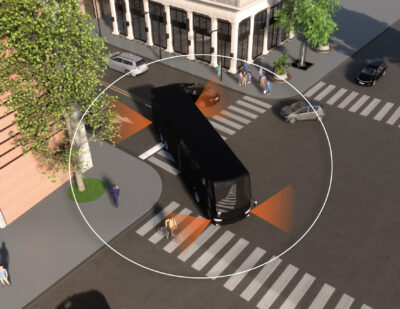 Front and rear blind spots at a busy intersection 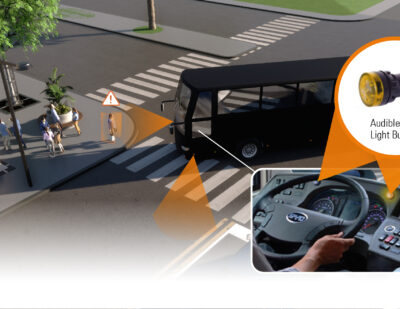 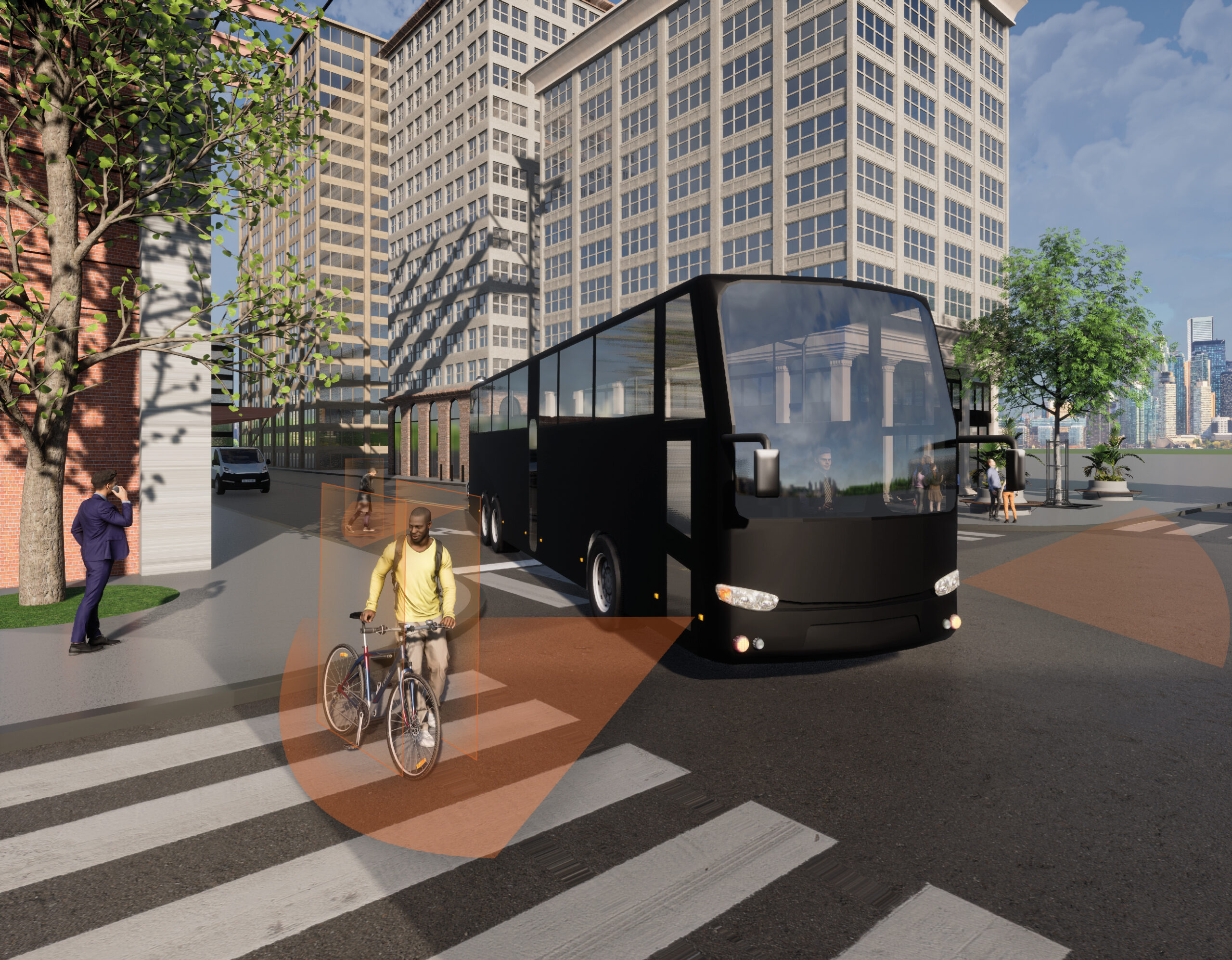 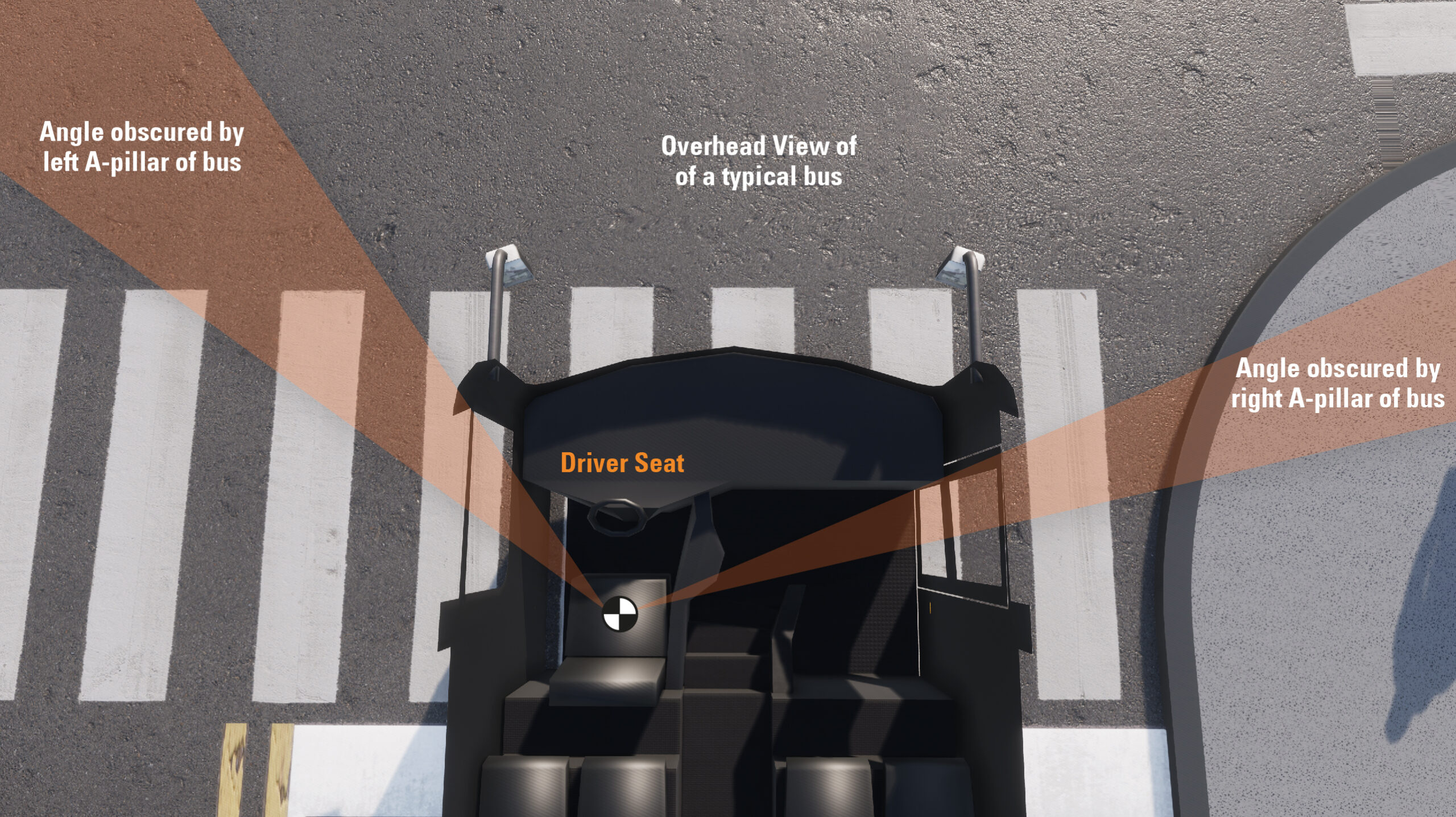 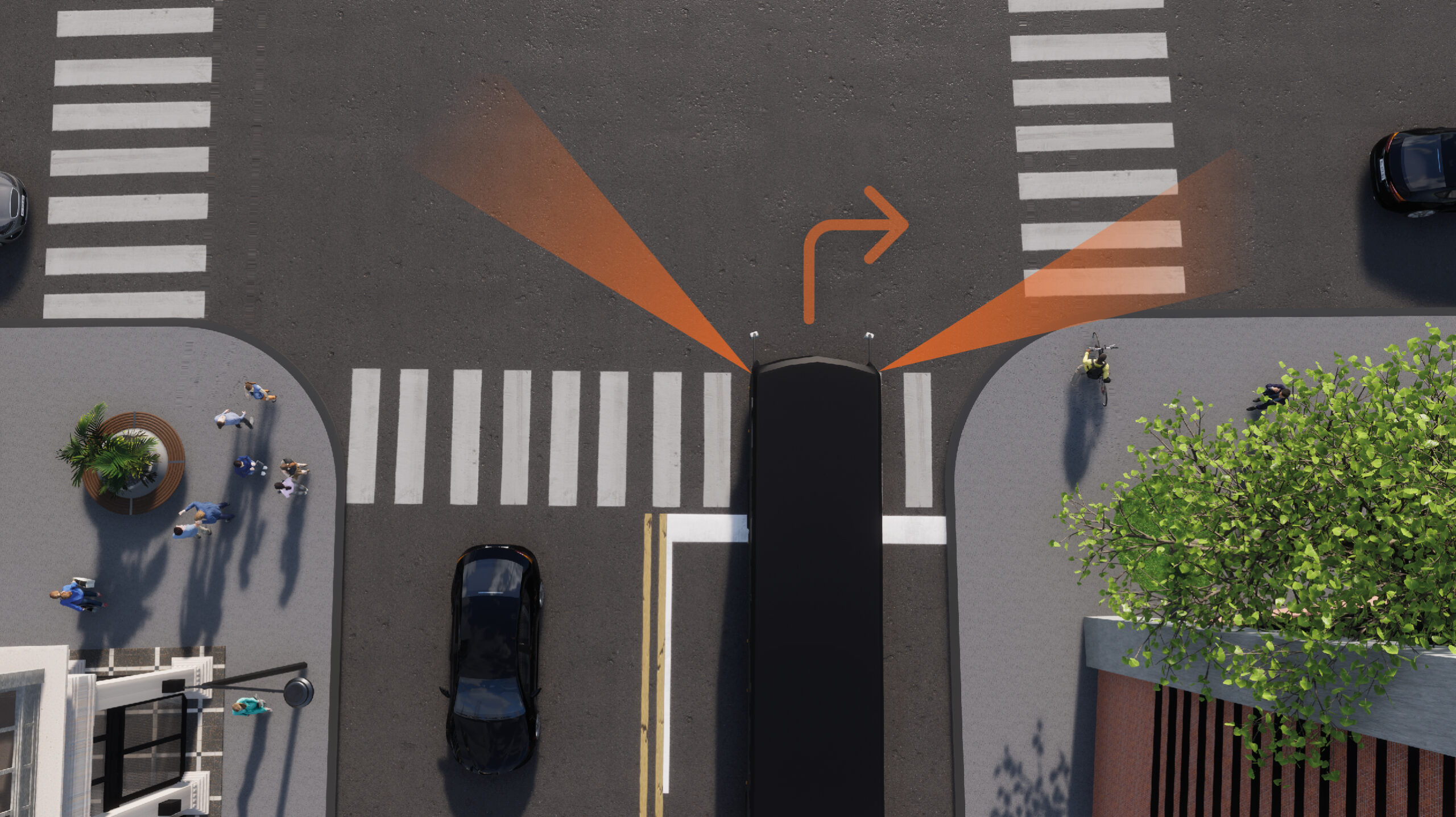 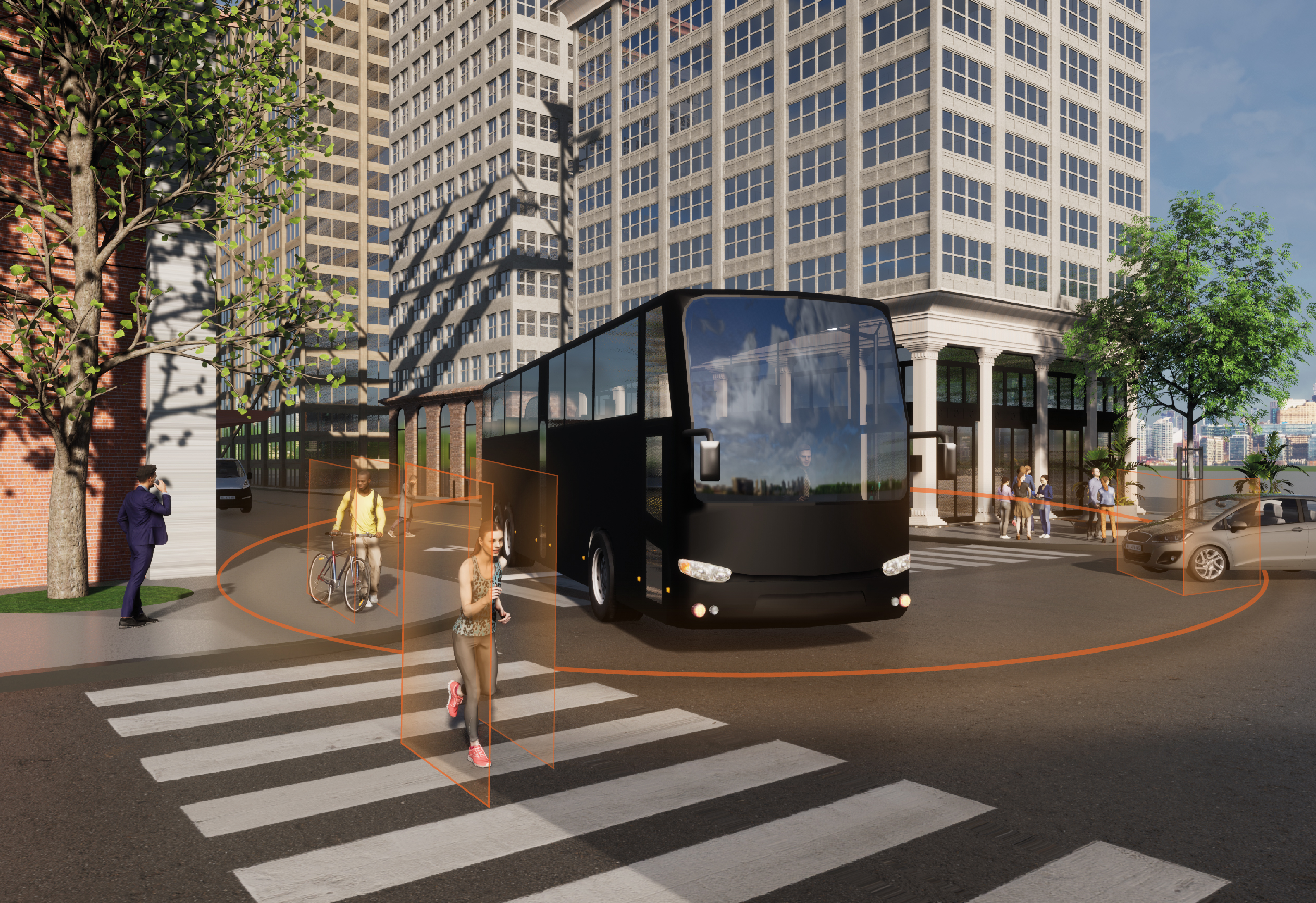 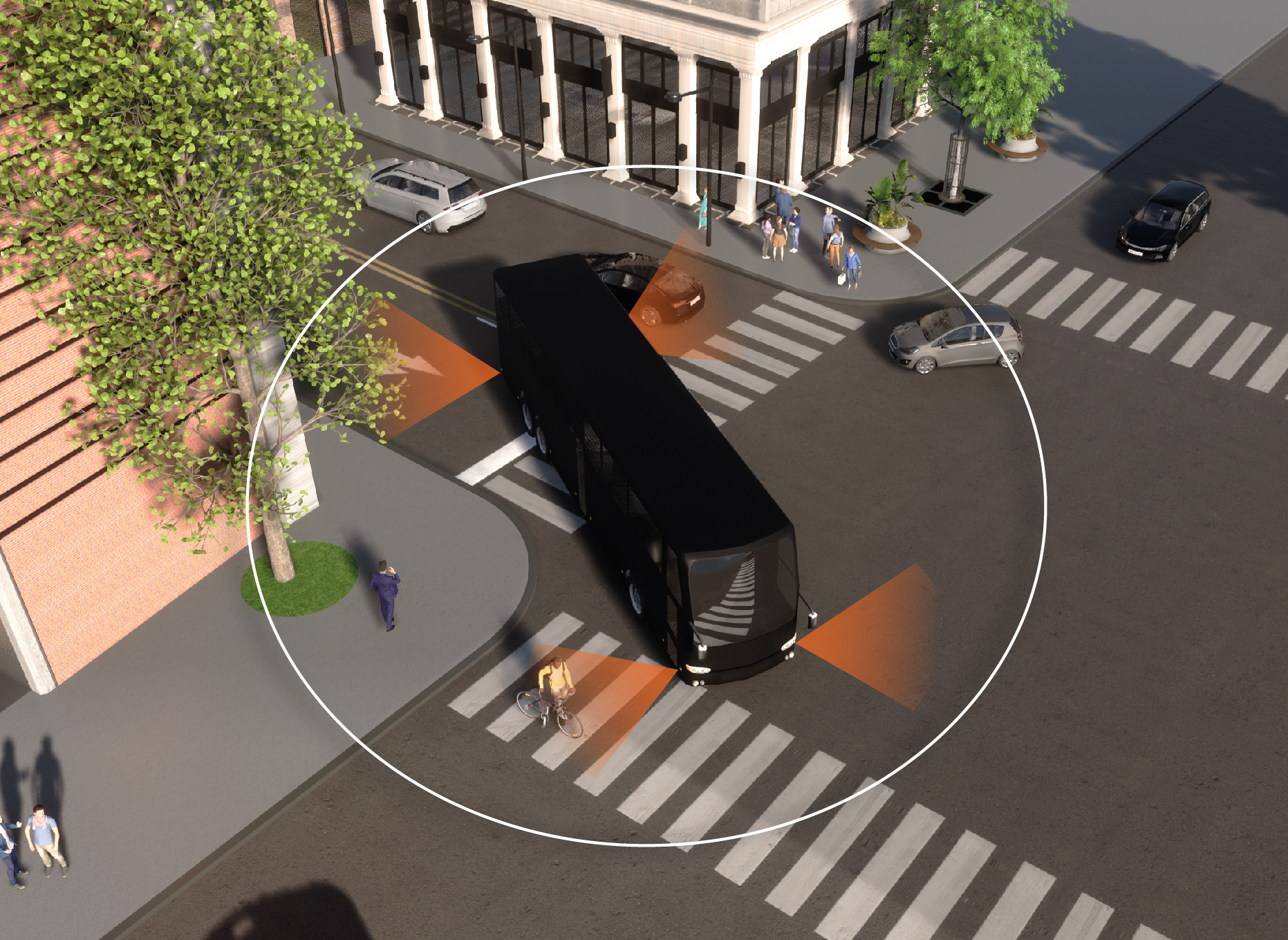 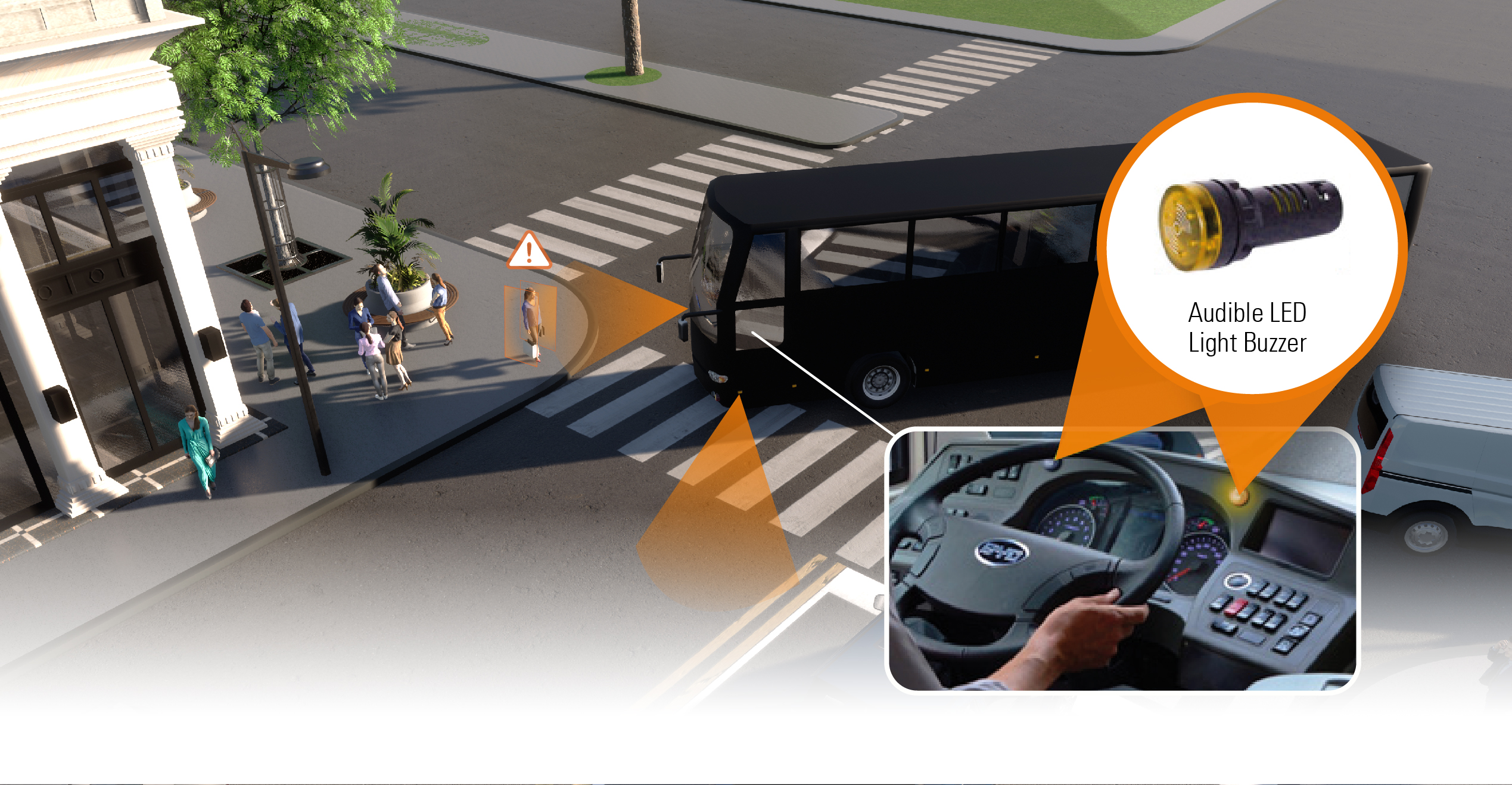 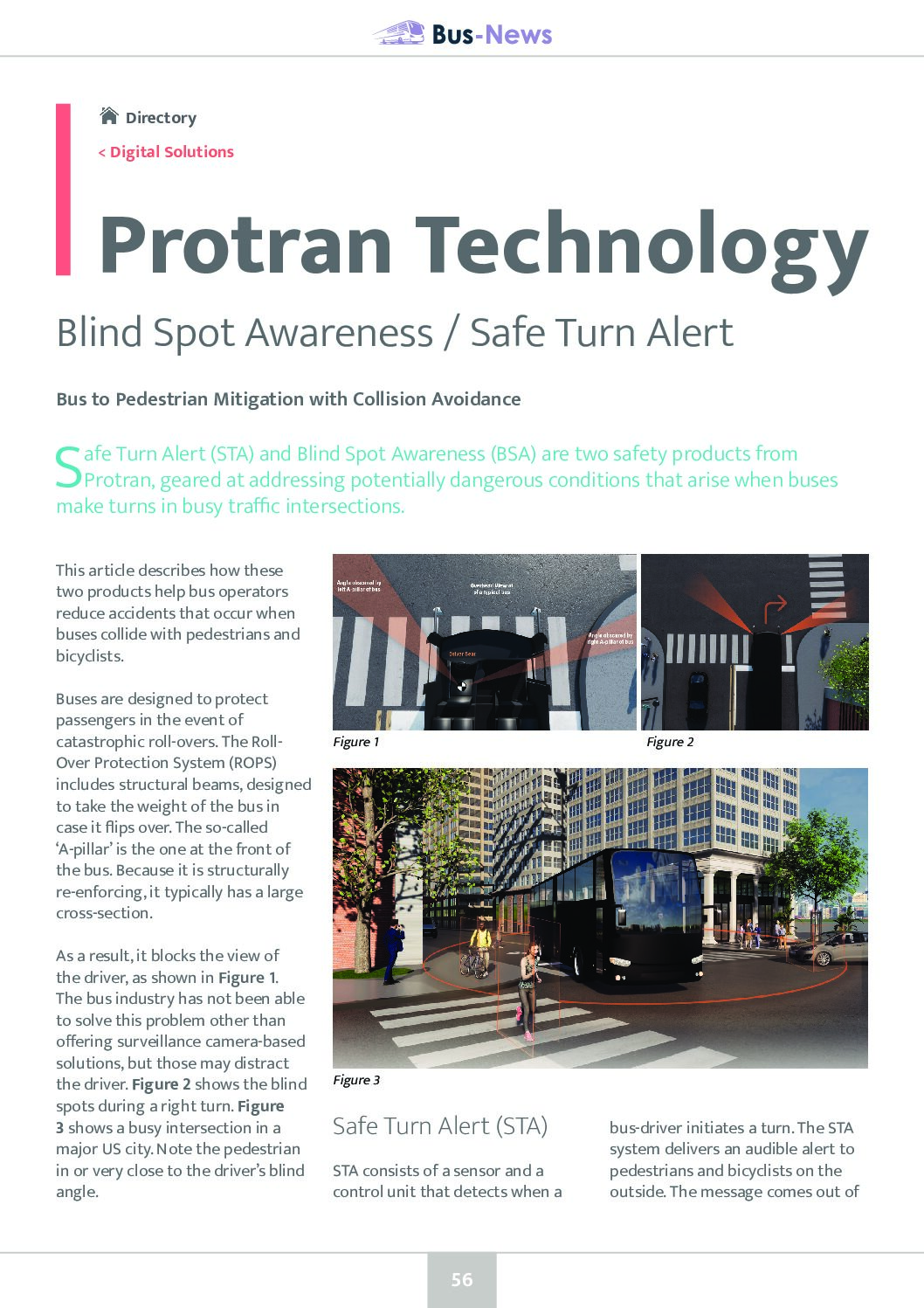 Use the form opposite to get in touch with Protran Technology directly to discuss any requirements you might have.